What is The Gold Standard? 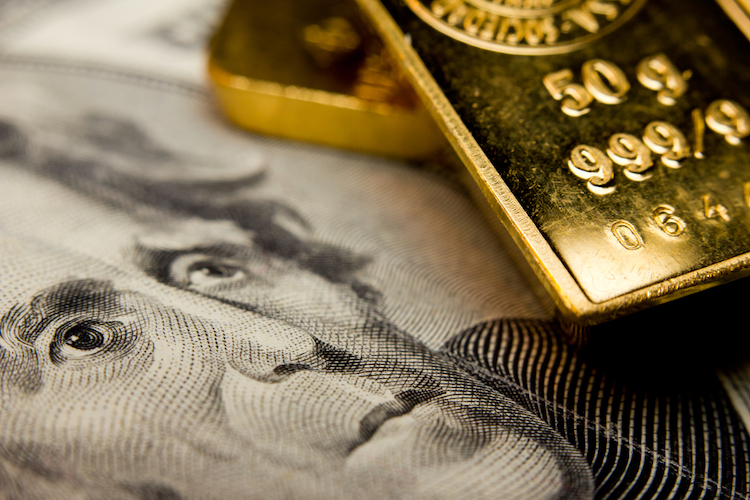 Some of the links in this post are from our sponsors. We provide you with accurate, reliable information. Read our Advertising Disclosure.

Arguably one of the most significant international monetary systems over the last two centuries, the classical gold standard dominated global currency valuation for almost a century—for Great Britain at least.

But what was the gold standard, and more importantly, why did it fall?

The gold standard is an international monetary system where the value of a national currency is based on gold. Accordingly, the national currency of the participating countries could be exchanged for their equivalent in gold.

This article will explore critical questions related to the gold standard, such as what it is, its history, and why it was adopted. We’ll also go over what caused the fall of the gold standard.

The Gold Standard: An Overview

The gold standard was a monetary system where the participating countries fixed the value of their national currency in terms of a specific amount of gold.

This allowed a national currency to be easily and freely converted into gold at a fixed price.  During the reign of the gold standard, gold coins circulated in the national economy as domestic currency in the same way that notes, coins, and other metals did.

The exchange rates were also fixed.  For instance, the value of one US dollar was fixed as equivalent to 0.48 troy of gold in the period between 1834 to 1933.

Accordingly, one ounce of gold could be redeemed or coveted into its dollar equivalent of $20.67 per ounce.  Simply put, in a gold standard monetary system, gold is considered money.

Because gold backs the value of money in such a system, banks could easily redeem their liabilities in gold coins, which could then circulate in the economy as money.

In fact, proponents of the gold standard lauded this monetary system as an ideal solution for keeping exchange rates fixed to fight inflation.

To better understand this international monetary system, we first need to assess its history.

A History of the Gold Standard

The history of the gold standard spans back over a century and involved several periods.  The United States government adopted a bimetallic system in 1872 as an avenue to control money.

The two metals involved were silver and gold. However, it was the period from the 1880s that sparked the era of the gold standard. In this period, the government fixed the price of gold to $20.67.

This price would remain the same until 1933.  In the United States, the official sanctioning of the gold standard can be traced back to the 1980s, just after the Greenback movement (1868 to 1888).

The Greenback movement was an effort in history aimed at increasing or maintaining paper money circulation in the United States to help finance the Union forces during the Civil War.

Between 1862 and 1865, the United States government availed more than $450 million in paper money, which was not backed by gold.

However, following a call by conservatives for the government to end the greenbacks after the war, the Democrats endorsed an alternative plan to redeem war bonds by issuing a new kind of greenbacks—the Resumption Act.

The Resumption Act was passed in the late 1870s, and it allowed the greenbacks to be redeemed in gold. The Gold Standard Act was later passed by Congress in 1900, marking the de facto adoption of this monetary standard in the US.

The period between the 1880s to 1914, when the First World War broke out, is referred to as the era of the classical gold standard.

This period witnessed a shared agreement by the majority of the countries to adhere to this standard. This period was also characterized by a rapid growth rate and easy and free movement of goods, capital, and labor.

The gold standard was lauded by many at the time as an ideal international monetary system that held the secret to promoting rapid industrial growth and free trade.

However, this system also had its fair share of flaws.

One of the strengths of the gold standard was that it was successful in limiting the government’s power—and that of the banks— to cause inflation by issuing a huge amount of paper currency.

Secondly, courtesy of operating with a fixed value of the nation’s currency against its equivalent in gold, the gold standard promoted international trade by introducing what could best be described as a fixed pattern of exchange rates.

This is a stark contrast to using paper currency, which fluctuates depending on market conditions.

Despite the advantages mentioned above, the gold standard had one fatal flaw that ultimately caused its decline. While it restricted a bank’s and government’s ability to cause inflation by issuing high amounts of paper money, it created conditions that could result in deflation.

The reason is that a gold standard essentially creates a closed economy, where a country’s money supply is subject to its stock of gold.

Accordingly, a government would have to mine more gold to increase its money supply.  In such a system, economic growth is constrained by the limits associated with the gold supply.

When the supply of gold drops or slows down, economic growth is stifled, resulting in deflation. It is also difficult to control the money supply in such a situation.

Finally, it is difficult for a government to protect the domestic economy from external shocks while using a gold standard. For instance, a discovery of a new gold mine would affect the gold supply and cause an increase in domestic prices.

The Decline of the Gold Standard

While the gold standard assured countries of long-term price stability, the economy under it suffered from monetary shocks and price instability, especially in the short term.

However, it was the monetary policies the United States and other countries set that nailed the final nail in the standard gold's coffin.

Due to erratic policies by the US central bank from the late 1910s, there were significant price fluctuations during this period. As a result of these fluctuations, most nations abandoned the gold standard.

In closing, it is safe to say that humans’ fascination with gold is not a recent phenomenon. In the same breath, our role in the success or demise of any financial system cannot be overlooked.

The gold standard resulted in an unprecedented level of economic growth and free trade in the period between 1900 and 1914. Still, it eventually gave way to our current system of using paper money.

The main reason for its fall was the major fluctuations that resulted from the mismanagement of the system by central banks.

Inheritance Tax: How It Works and What States Have It?

Inheritance Tax: How It Works and What States Have It?