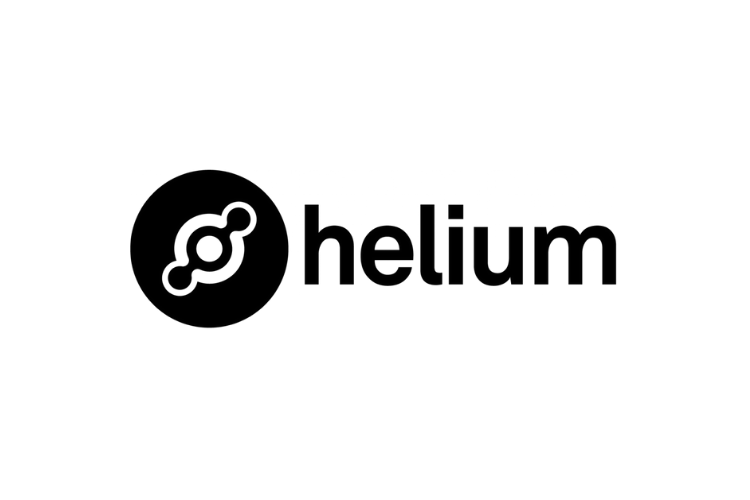 Helium is a cryptocurrency that is raising the bar. Keep reading if you want to learn more before it reaches the one million mark and how you can start earning today.

How to Buy HNT

Promotion: Get $5 in Bitcoin after your 1st trade

What is Helium (HNT)?
Who Are The Founders of Helium?
Helium (HNT) Price Today
How Many Helium (HNT) Coins Are in Circulation?
How is Helium Secured?
What Makes Helium Unique?
Helium Alternatives
Should I Invest in Helium?

Today's Helium price is $17.23, and experts claim this is only the beginning. Today we will talk about the Helium network, the company's history, coins, security, and how getting started now can be an excellent investment for your future.

What is Helium (HNT)?

Helium, also known as "The People's Network," is used for connecting devices easily on the internet using a lower power while achieving effectiveness.

A Helium hotspot is a device that plugs into an outlet and gathers into an existing internet source, which produces connectivity that's more extended range. Right now, there are over 760,000 hotspots.

After mining, investors and hotspot owners will have Helium tokens.  The goal of the network is to prepare the Internet of Things and its communication for the future.

Internet of things, or IoT, includes software and technology that exchange data through the internet.

Do I Need a Helium Hotspot?

A hotspot is essential for broadcasting and mining on the Helium network. Right now, five different models range from $400 to 570 dollars, which can go outdoors or indoors.

Who Are The Founders of Helium?

Helium was founded in 2013 by its three co-founders: Shawn Fanning, Amir Haleem, and Sean Carey. Sean Fanning is famous for starting Napster, one of the first peer-to-peer music-sharing services.

Amir Haleem comes from a sports and gaming background.  Sean Carey has prior experience in advertising and development positions, including a sold startup, now known as PayPal.

The original plan included creating a vast wireless network for a low cost, power, and bandwidth of sensors.

The idea evolved to creating the Helium network out of hotspots that connect with others. Then, the founders figured out that they could host small cell towers that united while still being small and less expensive.

The founders saw potential in sensors in everyday items, such as lawnmowers and scooters, and were expanding. The Internet of Things became alive and well.

Their new business model included a network of Helium hotspots. The founders saw the rise of Bitcoin and knew that Helium had to reward the owners of these hotspots financially.

Helium created a blockchain token to reward its users. The Helium network officially launched the cryptocurrency network in 2019.

How Many Helium (HNT) Coins Are in Circulation?

As of now, there are over 110 million Helium coins in circulation and a maximum supply of 223 million.  Mining Helium is different from other platforms, like Bitcoin, for instance.

Mining allows groups of miners to work faster while being close together.  With Helium, there isn't a pre-mining process, which is a plus. Monthly, there are around five million new atoms formed.

Also, every 30 to 60 minutes, Helium is allocated.  Mining is complete after installing a device on an office window. Then, miners purchase a hotspot to use radio signals, providing coverage for payment in tokens.

The Helium network uses a burn-and-mint model when it comes to its tokens. The network provides two exchange units, which include Data Credits and HNT.

HNT coins can start earning potential when hotspots have wireless coverage and transfer devices through the network.  Data credits can be available when data can transfer to devices for blockchain transactions.

The data credits can work through the burning of HNT.  Data credits allow for the token transfer, but are non-transferable, have to be used by their original owner, and users must convert HNT or get them through the owner.

How is Helium Secured?

The Helium network is secured through the Proof of Coverage and relies on network participants to ensure network stability through mining, even through low power.

The devices have built-in security with private, chip-level encryption. However, a common way to get attackers is through the inbound ports.

Luckily, Helium hotspots only allow one open port going in both directions. Other ports find security behind a firewall.  It's also important to note that all hotspots comply with wireless and radio regulations.

In addition, all transactions require credits, and Helium wallets used within the app contain asymmetric keys for privacy.

Helium is unique because, unlike crypto competitors, it's an actual product used by companies and people. In addition, it's a rare blockchain that cannot block by technology because of the Internet of Things technology.

Despite the connection rate, the Proof of Coverage allows the network to reach a consensus.  The blockchain is secured with a tight algorithm, requiring less energy used by other cryptocurrencies.

It's also environmentally a win, and energy used for hot spots is the equivalent of a light bulb.  Since it does provide a long-range, the Helium network can surpass WiFi and cellular network capabilities.

Should I Invest in Helium?

Helium has massive potential and outstanding security protection that makes it unique. Although there will always be fluctuations regarding crypto, the price will only continue to rise.

According to estimates, the price could double by the end of the year.  The great news is that it's not too late to get involved in Helium.

Want to start learning more about Helium and how to get started? Click here to learn how to invest in Helium.

How to Buy Helium Coin (HNT)

How to Buy Neo (NEO)

How to Buy Tezos (XTZ)

How to Buy EOSIO (EOS)

How to Buy Monero (XMR)